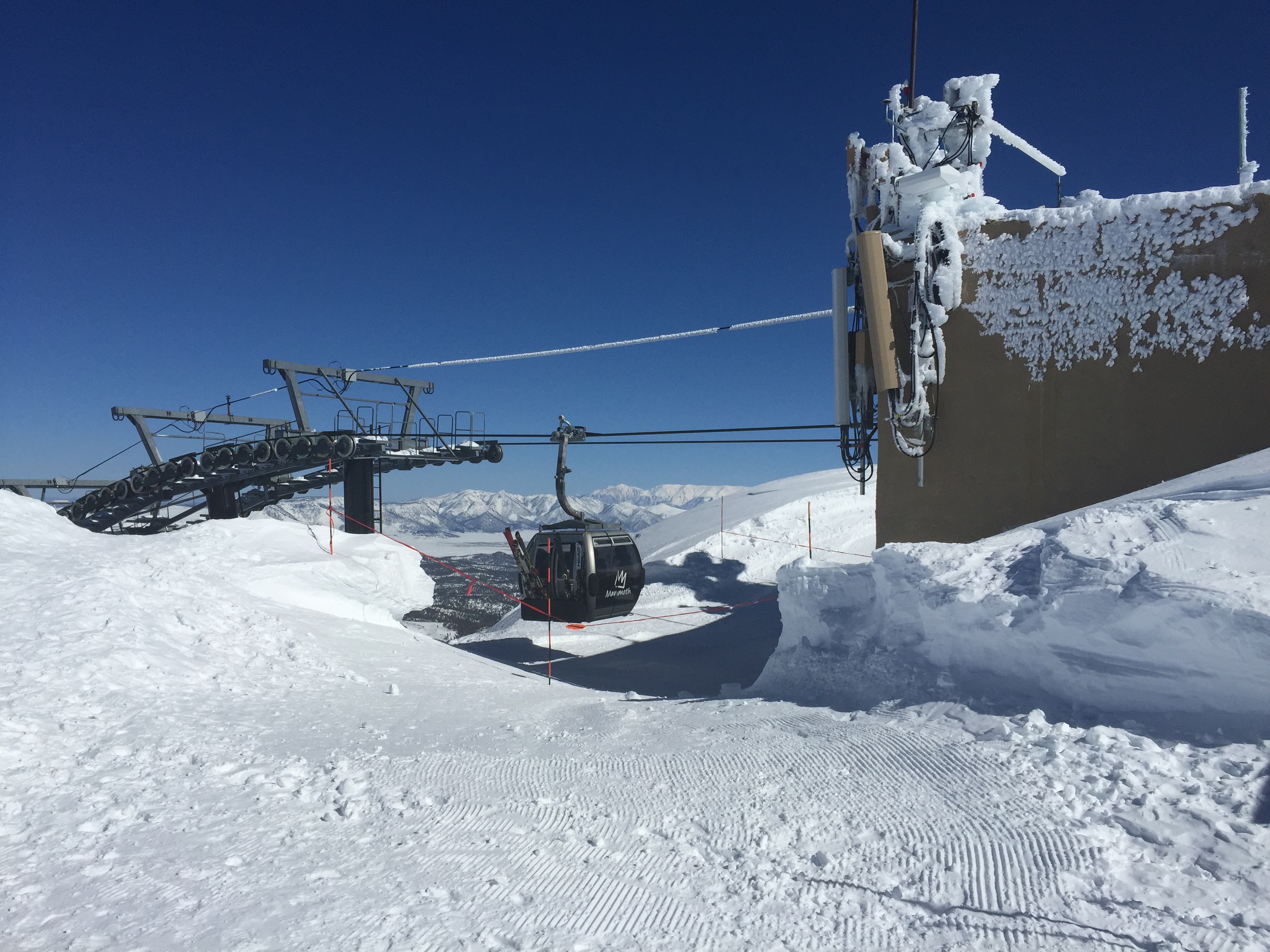 The skiing and opportunity for winter recreation have been incredible so far this winter season.  The mountain has gotten so much snow that even some of the expert runs now seem to be accessible for many skiers and boarders for the first time in years.  In all of the 17 years I’ve lived in Mammoth, I can’t recall this amount of snow by February 19th.  The storm track seems to continue to be active into the long range forecast.  Mammoth Mountain now reports having the most snow in the country, which is not a stretch of the truth at all…  Check out “On the Snow’s” reporting of the most snowfall for U.S. ski resorts showing Mammoth Mountain at the top with 350” at the summit.

Although it’s a blessing to have so much snow after the consecutive years of drought (since 2010/2011 ski season), the copious amounts of snow have also brought the Town of Mammoth with the issues of dealing with too much snow all at once.  Although many of the storms have brought feet of snow, some of the storms were above freezing, which brought several inches of rain (on top of the feet of snow) to Mammoth.  This created flooding issues in various complexes around town.  The roads took quite a bit of work to get caught up with snow removal after the powerful series of storms in January that brought feet of snow to Mammoth, but everything seems to be under control at the moment.  The Town has had to start trucking out piles of snow lining the streets around town to keep the option...