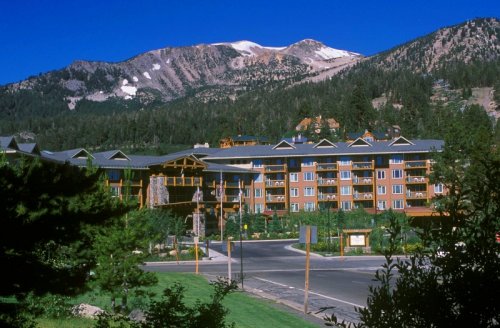 Most vacationers tend to prefer booking a unit at Juniper Springs Lodge when they come to Mammoth because of the convenience of having the private shuttle readily available, concierge desk, skier services, and The Daily Grind located in the lobby, with espresso counter, baked goods, California wines,...

Because of the financial crisis of 2008, lenders have made qualifying for a loan (for both the applicant and the property classification) extremely difficult, which continues to impact the potential to finance a condo purchase in Mammoth Lakes. This is mostly due to the potential “condo hotel” classification that lenders will assign to complexes that have a high percentage of nightly rentals, full-time tenants or have an on-site rental office.
For the buyer who needs to finance a purchase, the loan process has become very tedious, stringent and frustrating. Not only does the buyer have to be “gold plated” to qualify for a loan, but the complex itself must have “project approval” by the lender before getting started on the process. Without “project approval” the buyer is risking money spent on an appraisal, home inspection, etc. In the event the lender finds that there are too many nightly rentals or full time tenants, they will ultimately reject the loan. This happens frequently with out of area lenders.

One of the first questions I ask prospective buyers is whether they need to finance, which helps me narrow down available condos that have “project approval”. So far, only Wells Fargo Home Mortgage in Mammoth is the only lender who can successfully lend on condos that have “project approval”. For a conventional 30-year fixed loan on a second home, they will require 25% down payment. Applicants also need to have very strong credit scores (over 750 FICO) and show the proper debt to income ratios in order to qualify. It is customary to provide a loan prequalification letter along with an offer, which gives the buyer more credibility in the negotiating and offer process, however, the purchase contract states that the buyer has up to seven (7) days to provide a loan...

Mammoth Mountain received a generous amount of snowfall that covered the mountain during the recent storm series in November and early December. Unlike some other ski areas, Mammoth has the unique quality of having a higher base elevation, as snow levels were quite high. The heavy wet snowfall laid down a perfect base to begin the season and enabled the ski area to open all base lodges (Canyon & Eagle) on December 7th.
Conditions are incredible and most of your early season obstacles in the upper mountain are well-covered, opening up terrain for every ability level. The early snowfall, unlike last year’s, will guarantee a nice experience for skiers and riders coming for the holidays and into the New Year. Air service is now in full swing with flights from Los Angeles, Orange County, San Diego and the Bay Area.

These great snow conditions have gotten buyers excited about owning a little piece of heaven in Mammoth. Our real estate market continues to be competitive with a below-average level of inventory that’s struggling to keep up with the demand. Properties that come on the market competitively priced end up with multiple offers, and generate bidding wars. However, the challenging financing landscape remains to be an obstacle to a possible increase in property values. Stringent lending requirements are giving the cash buyer with a clear advantage over a buyer needing financing. Like never before, CASH IS KING when buying in Mammoth.

Many people who were concerned about the possible ramifications of the Town of Mammoth Lakes (TOML) filing for bankruptcy late this summer may or may not be relieved to know that the bankruptcy proceedings were cancelled when the TOML settled with its largest creditor, Mammoth Lakes Land Acquisition (MLLA).

TOML agreed to a settlement in the amount of $2 Million per year over the next 23 years, which would include all fees and interest owed on the original sum. Clearly, cuts will need to be made to the Town’s budget in order to accommodate this payment plan, which comes out to 10% of the Town’s annual budget.

The good news is that the negative perception of a bankruptcy hanging over our small Town is now removed, but it doesn’t negate the fact that the effects of this settlement will most likely impact Town employees, police force salaries, etc.

The TOML will be deciding over the course of this next year on what cuts to make in order to facilitate the annual payments of the settlement. More than likely, the Town’s budget will become more streamlined and hopefully, this change won’t affect our tourism, which fuels our local economy.

After the house of cards came crashing down in 2008, there has been a standstill for financing on all condos located within complexes that are considered “condo hotels”. Many prospective buyers who have come to Mammoth in search of the right vacation home (which they can also rent out to help offset the costs of ownership) have had to come in with cash to purchase.

Not only did the lending industry tighten up requirements for those looking to qualify for a loan on a primary residence, but the first to go was the “investment property” or “condo hotel” from most portfolio lenders’ pool of funds, and eventually, all lenders. Why did this happen? Or, what caused lenders to stop financing most condo purchases in resort areas? Well, from what I understand, this restriction was due in large part to the Las Vegas condo hotel boom, and buyers flooding in to purchase based on the speculation to make rental income. This eventually led to the classification for any and all resort condos (new or old) that had a rental office onsite to be blacklisted in the lending industry. Both Bank of America and Chase will not loan on any condo purchases in Mammoth Lakes. Wells Fargo Home Mortgage, Mammoth Lakes is the only lending institution that has been successful in funding loans for condos that were once included in the “condo hotel” classification.

This lending restriction has impacted property values negatively as purchases for these types of properties are limited to cash buyers. However, there has been no shortage of cash buyers flooding in to buy these discounted “condo hotel” type units. If the price is right, there are usually multiple offers on bank-owned properties or “REOs” (Real Estate Owned) that drive the price up over the asking.

Did you know that most of the homes in Mammoth cannot be rented out on a nightly basis? Many people who contemplate buying a vacation home in Mammoth Lakes with the intention of renting it out on a short-term basis will not be able to do so in most of the residential subdivisions.

The Town of Mammoth Lakes has an ordinance, which strictly prohibits the “transient” rentals of single family residences (SFR). A transient rental is defined as “30 consecutive days or less in exchange for a fee or similar consideration”. The Town of Mammoth Lakes has a zoning map, which outlines the exact areas where nightly rentals are permitted — the pink shaded areas labeled “resort”. The yellow shaded areas are labeled “residential” and transient rentals are not permitted in these subdivisions.

Only “resort” designated residential subdivisions are able to rent out their homes as transient rentals. These resort designated subdivisions include: Greyhawk (Bridges Lane & Greyhawk Court), Juniper Ridge (Old Juniper Lane, Juniper Road, and Juniper Court), Lodestar Drive and Starwood. Although Starwood is zoned “resort” the CC&Rs prohibit transient rentals. If the homeowners within the “resort” designated subdivisions wanted to change this restriction in their CC&Rs, they would have to have a majority vote by the Homeowner’s Association to implement this change.

Many people ask “How will the Town find out if I decide to rent out my house on a nightly basis”? For many years, the Town never went out of its way to enforce this ordinance, but lately, they have hired staff specifically for the purpose of monitoring suspected illegal rental activity. It is unclear what the Town would impose on homeowners as fines,...

After 50 years of continuous service, on June 21, 2012, Mammoth Mountain Ski Area (MMSA) and Starwood Capital Group LLC, announced that they will close June Mountain ski area for the 2012 summer season and 2012/2013 winter ski season. Because June Mountain has been operating at a deficit since MMSA purchased the resort in 1986, the decision was made to suspend operations in order to properly plan for the reorganization and restructuring of the resort.

MMSA had originally planned to expand the Mammoth Mountain and June Mountain ski resorts by building additional ski areas along the San Joaquin Ridge, which would connect both resorts. Due to many unknown reasons, this vision never materialized.Intrawest had great plans to build a mixed-use development at the base of June Mountain ski area referred to as the “Rodeo Grounds”. This would have included approximately 400,000 square feet of new residential space, and 25,000 square feet of commercial space.

Clearly, over the past several years, there has been a strong anti-development group in June Lake, who didn’t want a “world class ski resort” in their backyard. This vocal anti-development group, who proudly displayed bumper stickers saying “Don’t Mammoth June”, has jeopardized the economic stability and future of a resort that relies solely on tourism to survive.

It is my opinion that if Intrawest would have been welcomed with their development ideas and gotten approvals to expand the resort area, the June Mountain ski area may have possibly survived the current economic downturn as well as last winter’s lack of snow. There appears to be an obvious connection between the timing of Intrawest’s abandonment of the June Mountain development plans and MMSA’s...