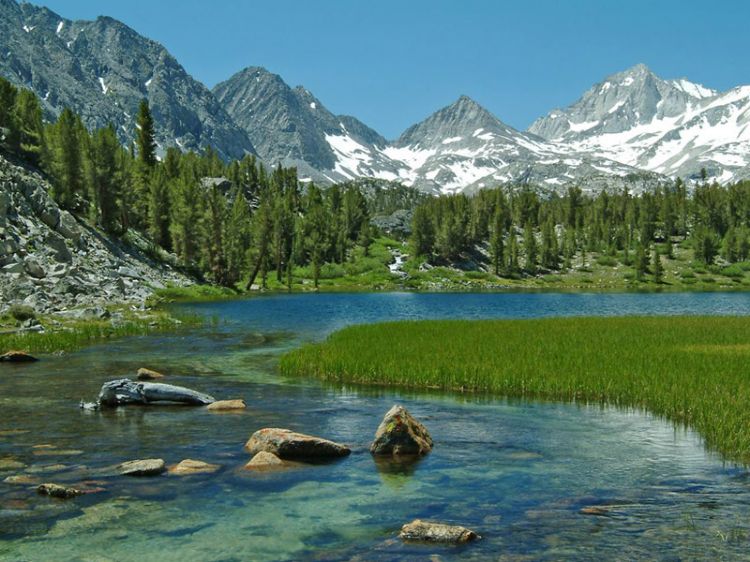 Heading into the unofficial start of the summer, Memorial Day weekend, Mammoth Mountain still has several feet of snow, which would compare with coverage for an above average season during late February.  Because of the substantial snowpack, which will take quite some time to melt, the outdoor recreational opportunities will be limited.  Camping, hiking, and even golf may not be an option until July.  Although most of the snow has melted from the Snowcreek golf course, the flooding is an issue with the snow that has just begun to melt from the Sherwins and Crest.  Mammoth has had some short bursts of warm weather, which has started the snowmelt, but we haven’t seen anything yet!  The Snowcreek meadow preserve has become one flowing river, which will only intensify once the temperatures turn very warm for extended periods of time.  Enormous amounts of snow can be great fun in the winter months for skiing, but can slow down the summer recreational activities in the higher elevations due to the time it takes for the snow to melt.   It is questionable as to when the campgrounds surrounding the lakes basin will be clear of snow and open for camping this summer.  The HWY 120 to Yosemite isn’t expected to open until July this year as well.  There is no doubt that the summer foliage will be exceptional this year with a variety of wild flowers and greenery all over Mammoth.  Mammoth Lakes offers exceptional beauty in the summer months that many of the winter visitors have yet to discover.

The Mammoth Lakes real estate market experienced a noticeable increase in sales volume during the months of April and May, which is uncharacteristic for this time of year.  Typically, after Canyon and...